From Pleasurable Learning
Jump to navigation Jump to search 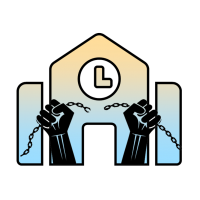 Listen to the End School Slavery Podcast at:

Guillem interviews people with a whole range of learning experience, especially in reference to compulsory schooling, bad school habits, free learning, and the pleasure of learning

There is no set structure, duration or specific content. I do follow my ignorant curiosity resulting as an informal interview or debate. I would like to call it conversation rather than interview. I also respect the guest's privacy. That means I can edit out some parts, not recording the face, real name, etc.

If you want to participate in the podcast sharing your thoughts and experiences, please contact me or fill up this form and I will contact you.

Alp Kaan is a 18 year old student from Turkey who is about to finish the mandatory school system and shares his thoughts of his own experience.

Axel is a 23 year old free learner who dropped form high school at 17. He shares his thoughts of his own experience on both sides, the compulsory school and free learning.

Second episode with Axel, we focus how he realized had habits acquired at school.

Squid is the creator of the End School Slavery Twitter account. He is a student and is fighting for his freedom.

Episode 6: Discovering free learning while serving in the NAVY

Tyler shares how he discovered free learning while serving in the US Navy.

Episode 7: Raj, from an ADHD student to a stoic utilitarian

Raj shares his experience in the school system taking medication for ADHD and how he discovered free learning.

Wasim and I share our experiences with bullying in the school setting and exchange our perception on the topic.

You attempt to define bullying at the start, but by 11th minute you did not mention the criminal effect of closed space schooling on the phenomenon of bullying! It is easy to walk out from a bully on the playground. Bullies get abandoned and make sorry figures. It is the school that puts kids together in a cage with no easy option out. This is the theft of freedom that stands at the core of bullying. There is no better expert on bullying than the victim, and yet even then it may be hard to model the phenomenon theoretically. No wonder then that a typical adult will blame bullying on bad kids without ever realizing that closed behavioral spaces breed bulling by the rules of game theory. Spontaneously and naturally. It is not the kids who are to be blamed. It is the system that inevitably trains the classes of human bullies and human victims.

Same-sex bullying claim isn't always true. A small girl may be a victim of a bully boy just because she is easy to toss around. Other guys may have no inclination to bully, but may gradually be drawn in just because they need to be part of the pack. This is how closed systems naturally breed bullying. Moral code may take long to develop and is no protection in such cases (esp. for younger kids). Cultures just add different color to the same game. The game is inevitable

Episode 9: What is the Intrinsic Valuable State with Axel

Axel and I discuss about what is the Intrinsic Valuable State?

Winston, An unusual student from China